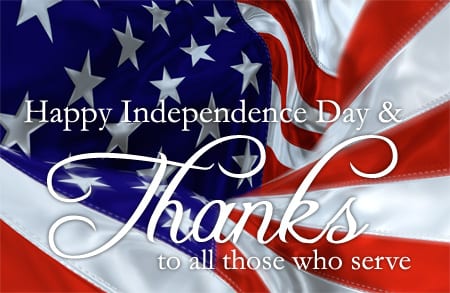 Credit for the thinking behind this blog goes to my colleague Reuel who came up with some awesome ideas for a piece of writing centered around July 4.  For those who may not know, Reuel is the talent behind the artful photography and videography that appears on our website, in our email communications and in our social media posts.  Every meal you see is exactly what you will find on your plate when you order from us – no stock photos, ever.  Reuel is a specialist in graphic design and is one of those unique artists for whom words come as naturally as pictures.  As we bite into our hamburgers and hotdogs this July 4 let us give some thought to what our colonial ancestors may have been eating on this day.

It is hard to know for sure what Americans consumed during the first Independence Day celebrations around Boston and Philadelphia in 1776-1777.  However, we can extract some ideas and a grain of truth from legend.  We can also look at excerpts taken from local newspapers and historic cookbooks.  And in addition we can draw from the historical context of what food was available locally at the time.

Legend speaks of John Adams and his wife Abigail feasting on turtle soup, New England poached salmon with egg sauce, green peas and boiled new potatoes in jackets.  Allegedly they finished with Indian pudding or Apple Pandowdy.  Whether or not the legend is true is almost immaterial because this menu is a good example of authentic colonial New England cuisine.

Indian Pudding is, or was, a New England specialty; a humble corn custard traceable as far back as the 17th century.  Molasses sweetened it and was at the time produced in massive amounts to sweeten Boston’s rum.  The English may have inspired Indian Pudding with sweetened stove-top porridge made by stirring boiling milk or water into wheat flour.  Indian meal was the term for cornmeal, which was abundant to early settlers in New England.  Whereas, wheat was not available.  You can sometimes find Indian Pudding on the Thanksgiving table of New England families who still cherish the tradition.

Apple Pandowdy is a cooked fruit dessert (usually apple) sweetened with maple syrup or molasses and topped with a pie pastry. Cloves, cinnamon and nutmeg flavor it, just like the modern American apple pie.  However, there is some confusion about why the dessert is named ‘Pandowdy’. According to Karen Hammonds, a freelance colonial food editor and writer, the name ‘Pandowdy’ may have several meanings.  It may come from pandoulde, a now obsolete word for a Somerset custard. But pandowdy itself seems to be an American dish. Some say that “dowdy” refers to its plain appearance, others that the dessert is so-called because its top is “dowdied,” or cut up, during or after baking.

The American Heritage Cookbook published in 1964 printed these words about Independence Day cuisine.  “From the earliest days it has been a tradition all through New England to serve Poached Salmon with Egg Sauce, along with the first new potatoes and early peas, on the Fourth of July.  The eastern salmon began to ‘run’ about this time, and the new vegetables were just coming in.”    The egg sauce to which the recipe refers is based on a simple white roux mixed with two chopped, hard-boiled eggs.  In New England salmon was integral to the local culture – trade and diet.  In fact, the fish thrived in all the major rivers in New England and Maritime Canada.  However, tragically since that time, factory pollution, deforestation and the construction of dams has since destroyed the salmons’ natural habitat.

Stephanie Butler writes about “The Rise and Fall of Turtle Soup” on the History Channel.  In her commentary she explains how green snapping turtles were abundant in the first colonies and how early settlers ate their fill of the meat.  A large snapping turtle, she goes on to describe, reportedly contains seven distinct types of meat.  These are reminiscent of pork, chicken, beef, shrimp, veal, fish or goat.  Today the federal government protects green sea turtles, like all other species of sea turtles, under the Endangered Species Act.  Turtles are one of the most imperiled groups of animals on the planet and eating one in America is a felony.  Instead we have devised ‘mock turtle soup’ made with lean beef stewing meat in place of the turtle.

John Adams’ working class counterparts were probably responsible for establishing the colonial equivalent of ‘hamburgers and hot dogs’ on the grill.  This happened because in the 18th century the Spanish brought two culinary ancestors – pork and beef – to the Americas.  American potato and tomato most likely were the accompaniments.

Origins of the ‘Cookout’

In the early 1800s colonists in Virginia assembled in the summer to smoke large animals over a pit.  The tradition was possibly an import from the West Indies. For instance, the word “barbecue” comes from the Spanish “barbacoa,” which is believed to derive from a word used by the indigenous Taino people of Hispaniola to describe a wooden rack used for smoking meats. The practice spread in the first half of the 19th century as political leaders began staging rallies to mark Independence Day.  To draw crowds, they held massive barbecues, often roasting whole pigs or even oxen.  Pigs and barbecue were valuable for economic reasons.  Consequently people set aside scores of hogs for large gatherings using them as an enticement for political rallies, church events, as well as harvest festival celebrations.

Barbecues have been a part of American history and tradition from as early as the first Independence Day celebration.   Initially, Independence Day was a formal civil gathering, in which egalitarian principles were reinforced. Afterwards, the traditions of Independence Day moved across the country as settlers traveled to western territories. By the 19th century, the role of barbecue in public celebration and political institutions increased significantly.  It became the leading practice of communal celebrations in the South as well as the Midwest. The important social, political, and cultural gatherings of barbecues have spanned three centuries and its cultural significance remains important today.

Hamburgers and hotdogs are national favorites for July 4 celebrations.  In June 2019 USA Today published an article about the consumption of each in every state.  In summary, between Memorial Day and Labor Day, Americans allegedly eat a total of around 7 billion frankfurters.  According to the National Hot Dog & Sausage Council, on July 4 alone, 150 million dogs get consumed – enough to stretch between Los Angeles and Washington DC more than five times.  No comparable organization seems to track burger stats for Independence Day.  On the other hand, burger tally estimates are around 375 million burgers every Independence Day.

Definitely an imported food rather than American homespun, it is believed that the very first hot dog – once called ‘dachshund sausages’ – was sold by a German immigrant out of a food cart in New York in the 1860s. Later, around 1870, another German immigrant Charles Feltman opened the first hot dog stand on Coney Island.  He sold over 3,600 frankfurters (in a bun) that year.  Subsequently, in 1916 Nathan Handwerker, a Polish immigrant and employee of Feltman’s, opened a hot dog stand of his own, selling them for half the price of his competitor.  Soon his famous dogs became known nationwide and embedded in American culture. They began to appear at backyard barbecues and July 4 celebrations, making their way into the White House in 1939.

The German city of Hambourg was responsible for creating the ‘Hambourg Steak’; seasoned ground beef, onions and garlic shaped into a patty.  However, America turned this into a convenient finger food by serving it between two buns for workers needing mobile food.  In fact, there is a reference to a “Hamburg steak” as early as 1884 in the Boston Journal.

Then, on July 5, 1896, the Chicago Daily Tribune made a highly specific claim regarding a “hamburger sandwich” in an article about a “Sandwich Car”:  “A distinguished favorite, only five cents, is Hamburger steak sandwich, the meat for which is kept ready in small patties and ‘cooked while you wait’ on the gasoline range.”  However, it wasn’t until after 1900 that the hamburger gained national recognition at the 1904 St. Louis World’s Fair when the New York Tribune referred to the hamburger as “the innovation of a food vendor on the pike”.

I asked Reuel whether he would be celebrating July 4 the colonial or the modern way this year.  He replied that he will be grilling burgers for himself and portobellos mushroom burgers for his wife, Crystal.  And, he will be adding his own personal touch – delicious, home-made buns!  What will you be cooking?