Black Rice…if it’s “forbidden” it has to be good! 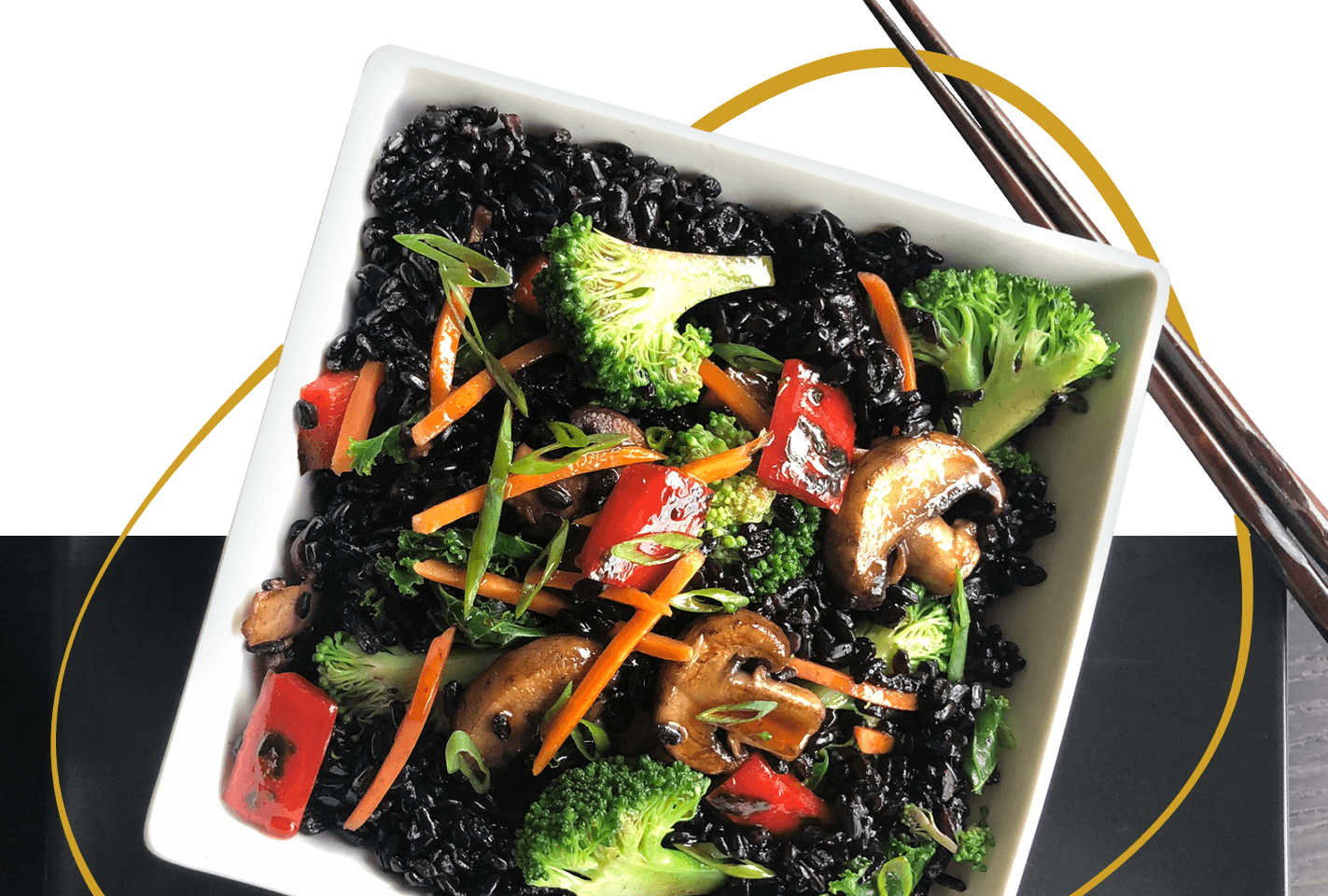 Legend has it that this ancient black grain, referred to as “longevity rice,” was eaten exclusively by the emperors of China.  Some say it was a way to increase health and ensure a long life.  Others say it was deemed to have aphrodisiac qualities.  A natural source of magnesium, iron, protein and fiber, this medium-size heirloom rice is distinctive by its delicious roasted nutty taste, soft texture and strikingly deep purple color.  So, what exactly is black rice and where did it originate?

The Legend of “The Forbidden”

The secret of the intriguing name dates back to Ancient China, where a black variant of rice was consumed by a community of Chinese kinsmen.  Their goal was the improvement of kidney, stomach and liver function, until a handful of noble Chinese men took possession of every grain and withheld it from public consumption. Black rice then became a property for royalty and the wealthy only in Ancient China. The elite continued to cultivate black rice in limited quantities and under strict surveillance. Furthermore, the common folk were prohibited from growing or consuming it.  Since then it has earned its much renowned label – the forbidden rice.

Use of the word “rice” in wild rice isn’t correct (it’s an aquatic grass). In the same way, the use of “wild” usually isn’t accurate, either. Cultivated wild rice, grown under regulated conditions in man-made paddies, is the standard offering in most supermarkets. True to its name, real wild rice grows in the wild. Hand-harvested from lakes and rivers in Minnesota and Canada, true wild rice can be very expensive, as much as $9 per pound. (Cultivated wild rice costs $3 to $5 per pound.)

There are about 40,000 varieties of rice, yet only a handful are familiar to most Americans.  As exotic as black rice looks, it is cultivated rather than wild.  However, its exclusivity and high price stems from the fact that most black rice varieties produce a small yield. In fact, it is only around 10% of an average rice yield.

A Single Crop in China

Cultivated rice including black rice all originates, according to genetic research, from a single crop in China somewhere around 10,000 years ago. From that one batch, the two species of rice (one generally referred to as Asian rice, the other as African rice) spun out into hundreds of different cultivars. These differ in plenty of ways.  For example, they can be long or short grain.  Some have high levels of amylopectin, making them very glutinous when cooked.  Others are pink or red, while others are brown or black. Interestingly, the difference between brown and white rice is due to processing, not varietal.

Black rice is special for its striking appearance, its rarity, its nutritional value and its purported health benefits.  But it is also special for its heritage:  It is an “Heirloom” varietal.  Heirloom crop cultivars are traditional cultivars that have been grown for a long time (>50 years), and have a heritage preserved by regional, ethnic, or family groups.  Typically, Heirlooms are recognized for their unique appearance, names, uses, and historical significance and the ‘Forbidden Rice’ is no exception.

A new study, led by Japanese researchers, analyzed 21 black rice varieties (as well as some similar white and red types, for comparison) to try to find out more about how some rice ended up black, and why.  In conclusion, they found that black rice all originates from Japan.  A specific gene went haywire, triggering the plant to produce large amounts of anthocyanin. The theory now is that black rice occurs naturally, but only as a mutation.  Historians believe that through the passage of time humans kept and made it into a reliable source by crossbreeding black rice mutants to produce more.

It is well-known that brown rice is a healthier alternative to white. The difference between the two is that white is devoid of bran, which is full of vitamins, minerals and antioxidants. Like brown rice, black has similar nutrient levels and higher amounts of antioxidants. It is also a source of fiber and minerals, including iron. A 100g serving of black rice has 8.5 grams of protein, 3.5 milligrams of iron and 4.9 grams of fiber. Compared to white, brown and red rices, black has the highest amount of protein and double the fiber of brown rice.  It is also lower in calories and carbs.

Black rice is extremely beneficial to one’s health in the following ways:

Black Rice in The Kitchen

The best way to cook black rice will depend on the variety.  For example, sticky should be steamed.  Try soaking non glutinous varieties and rinsing under cool running water.  Then, prepare it similarly to brown rice using an electric rice cooker or on the stovetop.  Recipe options are endless.  From porridge to paella, and from risotto to rice-pudding there are dozens of sweet and savory recipes to enjoy.